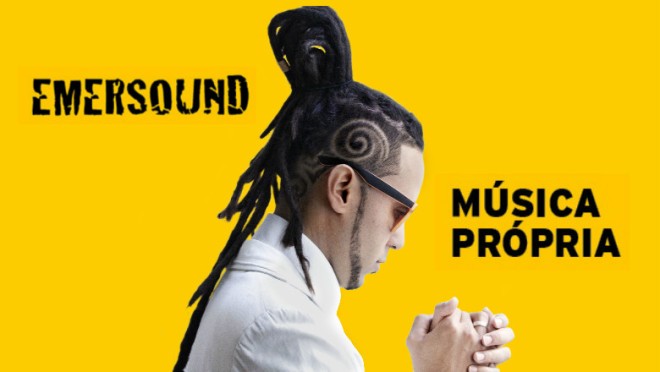 The essence of Samba, Rap, Maracatú, Afro-Beat, Pop, Funk and Reggae – this is Emersound, created by the charismatic brasilian singer Emerson Araújo. He started his career as percussionist at the Samba school “Vai Vai”, the multiple winner of the São Paulo carnival. Though his music is rooted in Samba, it is quite individual and full of “suingue”, similar to that of Jorge Benjor. Emerson combines the traditional rhythms with modern Hip Hop and other Hispanic music styles and creates his Emersound, a very special, urban and extremely energetic fusion of Samba, Reggae, Rap and Funk – music to drum up enthusiasm with his audience. Their last album, „Música Própria“, was produced by Victor Vagh (Flávia Coelho) and released by the Berlin Label Flowfish. Emersound has already played in various festivals such as Fusion Festival (DE), Bardentreffen (DE), Montreux Jazz Festival (CH) and Pivo in Cvetje (SVN).